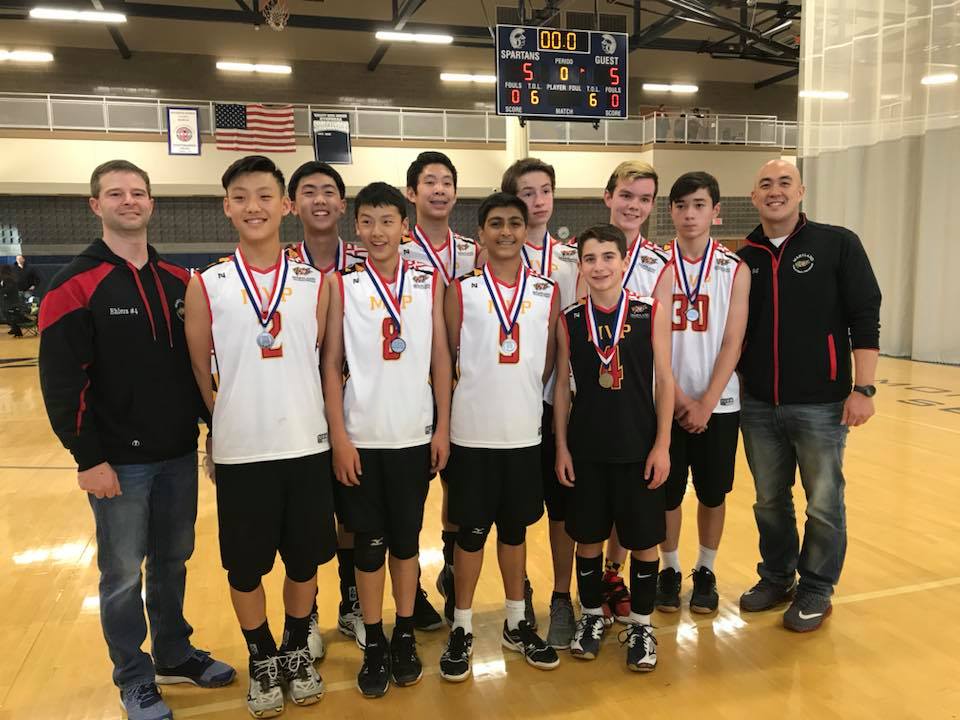 The MVP U14 team braved a snow storm and headed up to Rochester over the weekend to compete in the Rochester CAN-AM Invitational Volleyball Tourrnament. The Rochester 14s division featured 20 teams from the United States and Canada. Out of the field of 20, MVP finished in second place over this 2-day tournament, with a game record of 16-2, ultimately losing in the championship to PACE Bootlegger Black in a dramatic back-and-forth final (28-26, 25-22). In winning the runner-up, MVP was able to earn an open bid to the Boys Junior National Chapionships this summer. Congratulations MVP 14s!